Digging into the History of Auto Painting 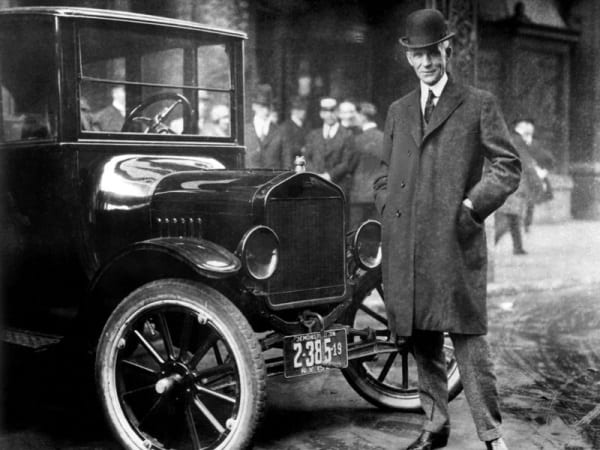 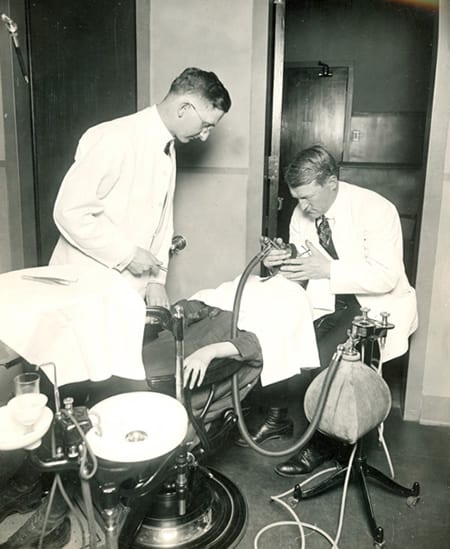 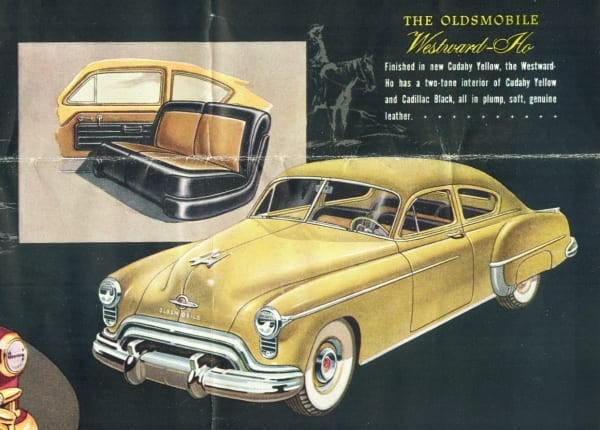 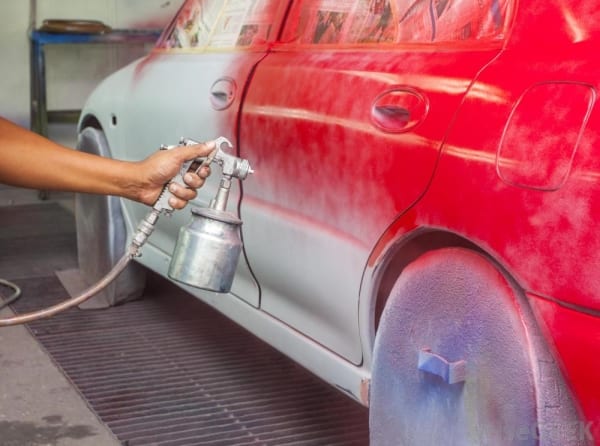 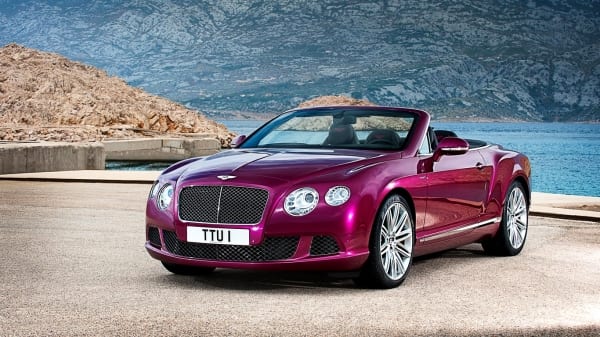 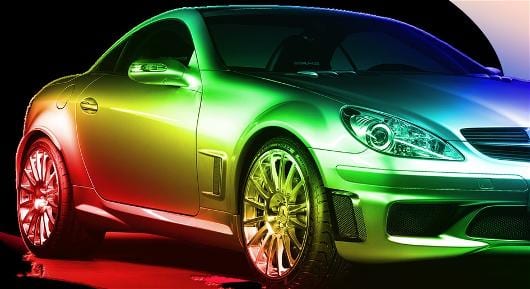 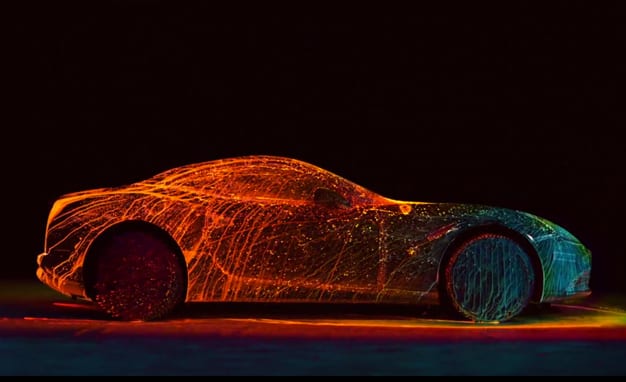 You can’t own a skill or craft without owning its history.  I love to paint cars and just about everything else imaginable so I figured I should know how they did things long before I came on the scene.  Here’s a brief history of auto painting gleamed from the web. – Lewie Metz

True vehicle-related coating began about 1900 and its coming of age occurred in 1910, a few years after Henry Ford founded the Ford Motor Company.  Ford used the process from the horse and buggy days, like old wood coatings that were brushed on the surface and left to dry.  The workers then sanded the surface and repeated to get the desired thickness to allow polishing.  It was a long procedure, taking as many as 35-40 days.  The color was simple: black.  Henry Ford is noted for saying, “You can have a car with any color as long as it is black”.

It was a dentist in the 1930’s who invented a spray gun that would revolutionized auto painting.  The spray gun application was much faster than the brush method. It minimized sanding between coatings and applied the product evenly while vastly speeding up the process. What used to take over a month, could now be done in a third of the time. This product and process was the system of choice for most vehicle manufacturers until the 1950’s.

In 1955, General Motors chose a different kind of enamel paint product. Instead of the early alkyd resins used with the paint sprayer, they chose to start using new acrylics.  At that point the product, still wet, contained a large amount of solvents. Baking the vehicle in a large oven caused the solvents to evaporate and the product to flow to a uniform smooth finish. It was quick and efficient. Saving time was a way to save money and produce cars faster.

In 1960 the Ford Motor Company went back to the stoving methods. Americans liked a shiny car. Ford also decided that they liked many of the properties that the early acrylic resins provided. They went to work with yet another new group of suppliers to create “acrylic stoving enamels.” At this point Ford had the best method to offer the consumer and it wasn’t long before the competition kept pace. This product was also applied with a spray gun. It had a very high gloss, was durable and was oven cured to produce a hard and colorful surface. This process was popular throughout the industry into the early 70’s.

Japanese cars began to hit the US market in the 1970’s. Both Europe and Japan had begun application of two-coat acrylic painting systems and they were successful at providing the consumer with metallic or metal flake paints. The metallic options delighted the Americans and still do to this day.

Later in the 1970’s manufacturers were looking for harder paints with more resilient elements that could dry faster.  A “cross-linking” free radical additive was included in the formula. This process became more popular for larger vehicles like airplanes and fire engines. It is still in use today in both Acrylic Enamels and newer Polyurethane products. However, it is cost prohibitive for automotive applications. The most popular brand name in the industry is Du Pont™ Imron.

The US government became concerned about paint content in the late 70’s and began asking questions about the ingredients used in the paint systems. The industry went to work on lowering the amount of Volatile Organic Compounds (solvents) and began experiments with paint using water-based systems. These products were produced and tested mainly to help California with their smog problem.

The late 1980’s saw major changes for makers of painting systems.  Two and three stage “clear coat” and “tint coat” systems were popular on cars. However, for their rugged durability, the old standby acrylic enamels and polyurethanes were still in wide use on trucks and SUV’s.

The late 80’s and early 90’s brought about rapid, extreme changes in the industry. New laws were enacted that governed the content and application of paints. Auto manufacturers were scrutinized due to the large volume of product they used. With the assistance of suppliers, the painting processes were changed. The amounts of “volatile organic compounds” were lowered once again by government mandate. “Urethane” and “polyurethane” blends, along with custom hybrids were the order of the day. All of this presented a unique set of challenges for the manufacturers, car owners, wax companies, body shops and detailers. Initially, these new paint systems began flaking away and were being damaged by ordinary waxes and polishes. This created huge repair or replacement bills and much controversy. The paint industry worked furiously and was able to solve most of the problems early in the decade.

As a point of interest, the process of powder coating has been around for a long time. Recently it has seen a bit of a renaissance. This product is almost always applied to metal. It delivers a powder composed of resin and color pigments to a surface without the use of a liquid carrier. The powder is placed in an electrically charged container that is hooked to a sprayer. The same electric loop is then attached to the part. As the part is sprayed, the charged particles adhere tightly to the metal part. The part is then baked, melting the powder and forming a uniform protective film. This process is popular on undercar parts and restorations that require extremes in durability but not a perfectly smooth finish.

Fast-forward just a few years. Today’s paint systems, mostly base coat/clear coats and base coat/tint coats, are better than ever. Extraordinary colors, vivid depth and clarity, dramatically high gloss and remarkable durability if properly maintained. These products are applied in three stages. The vehicle is primer sprayed, or E-coated. A color coat is applied. Then lastly a very thin coat of clear product is applied. The vehicle is washed and baked through this process to make it almost flawless. All automotive paint systems are now well within V.O.C. limits. They also comply with all E.P.A. standards for emissions at time of application. Some carmakers have begun utilization of the now-perfected waterborne paints. Today, an automotive paint, even in poor environmental conditions, can last for many years if properly cared for.  Car manufacturers now play with water borne systems, M.I.C. or color impregnated systems, and color mixed with plastics.

Visual appeal is what sells cars. From the very first sparkle in paint (1930s premium autos like Cadillac and Packard had the dregs from aluminum roof coatings added to provide the first use of reflective flake,) to the latest color-changing coated mica chip on the cars in the showroom today, striking-looking paint appeals to the consumer.

From past interviews with knowledgeable folks in our industry, I predict that future auto finishes will have even more dramatic color-changing reflectants. Things like colored aluminum flake, ground glass, highly chromatic pigments and head-turning color changes in sunlight will all make Mrs. Smith say, “Yes, I’ll take it.” The other side of more reflectance is much less reflectance, and the use of matte clears seems to be coming up fast. I parked next to a factory-painted flat green motorcycle recently and watched as a crowd admired the no-gloss effect.

How exotic will it get? How about a finish that carries an electrical current and will change color based on the driver’s whim and a switch on the dash? How about a finish that uses technology similar to the transitional lenses in eyeglasses? How about an inexpensive “wrap” similar to those on commercial delivery vehicles that shrinks to the body panels and would enable the owner to completely change the color on the car for a few hundred dollars?